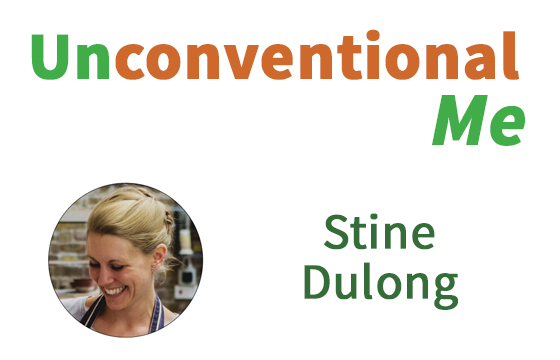 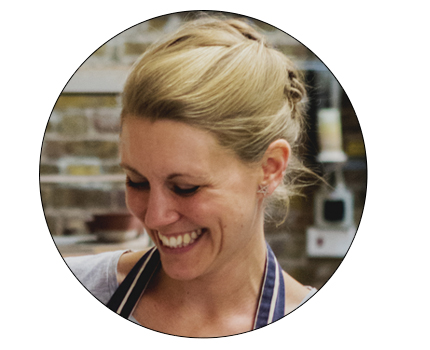 If you want an advertisement for how great doing something you enjoy is, then Stine Dulong is your poster picture! This ex-marketer, ex-lawyer turned potter exudes contentment. When I met her at Turning Earth, the open-access members’ ceramics studio in Hoxton, London where she makes her functional ceramics, the feeling of freedom and bliss was palpable.

Stine left a job she was unhappy with to find who she wanted to be. And what has emerged is this beautiful woman who pours her love and attention into her lovely pottery pieces. There is no better advertisement for following your enjoyment and finding your fulfilment.

To listen to the full interview, click on the audio link below.

Can you tell me a little about your career path and how you got where you are today?

I first went to university in Denmark. I did an exchange programme in London at a University here and completely fell in love with England, so decided I wanted to live here. I then started all over and did a degree in Communications Studies, started working in marketing, didn’t like it very much, met someone who was doing a law conversion course, liked the idea of that, so converted to law and became a lawyer. I didn’t like that either, so about three years ago I quit my job not really knowing what I wanted to do but I’d saved up enough money that I knew I’d have some time to think about it and kind of concentrate on things that at the time were making me happy and one of those things was pottery.

Pottery gave me a sense of fulfilment that I hadn’t felt before.

Now, I realise that what happened for me was that I slowed down and when I was making pottery I was there in the moment and I was just concentrating on making and it gave me a sense of peace and fulfilment. Prior to that my whole life had been me trying to find the next thing that was going to fulfil me or the next thing that was going to fix this emptiness that I was feeling inside. And I can’t really explain it, but pottery gave me a sense of fulfilment and purpose.

How did it go from a way that makes you feel good to a way that you can make this your business and your job? 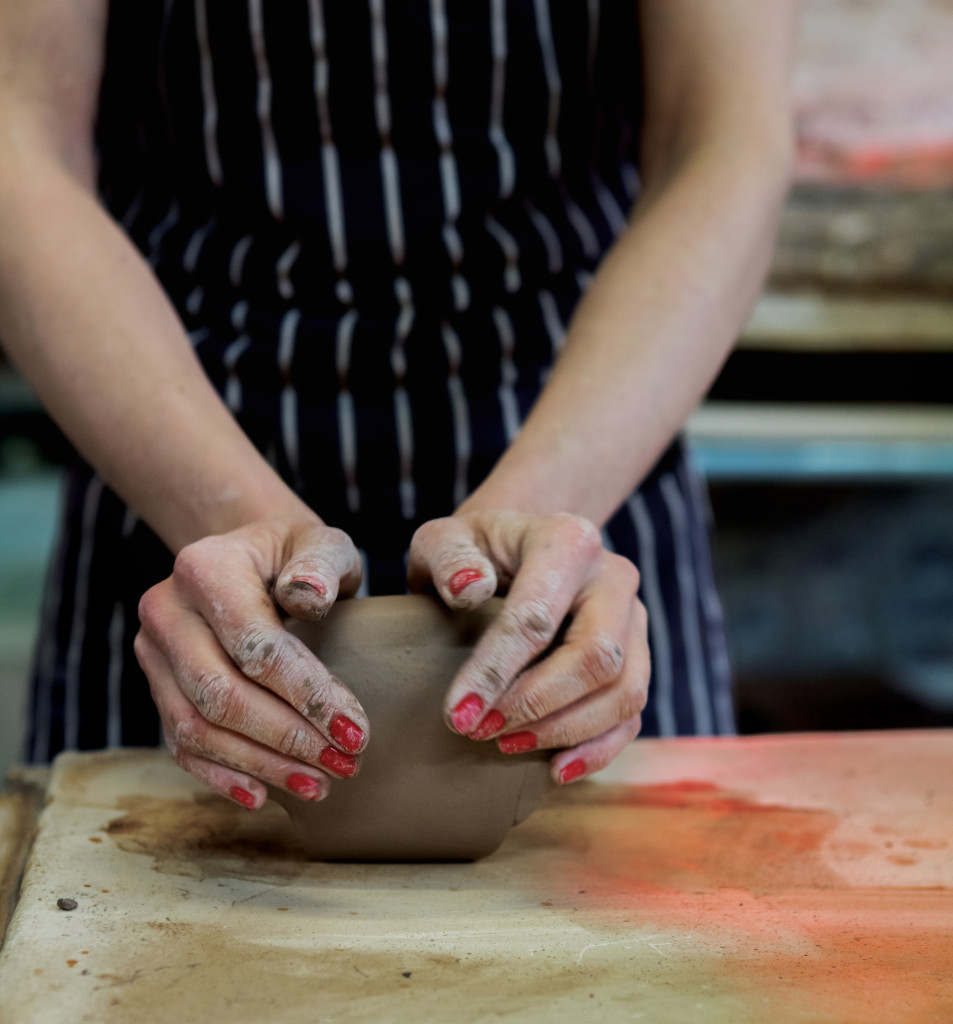 Looking back what I did was I obviously started having these dreams and ideas that perhaps I could make a living from it, but I didn’t know that when I quit my job. So I think that what happened for me was that I was a bit insecure about putting my work out there, so I set up a brand – Skandihus, the company I still run – and in some sense that was a bit of a step removed from me. And that made it safer to put my work out into the world. And then of course people started buying my pieces and I think at one point I got this sense that wow, maybe actually I can do this! And then there was just no going back. It was full steam ahead!

I get up fairly early in the morning and I always do an hour or two of admin at home. So that includes marketing, posting on Instagram, doing my accounts, doing my VAT return, responding to emails etc. Then I get to the studio for 10:00am when it opens and then I’m basically there all day making. And quite often I end up staying till 10:00pm in the evening. And it doesn’t feel like work!

I do still struggle sometimes with this sense of guilt for not feeling completely stressed and overwhelmed! And this classic sense of what success is. I think we are paced along so much in our lives from an early age and we’re given these ideas of what you should be doing and not so much who you should be. And I think that’s a real sad state of affairs actually.

I think when I quit and slowed down and gave myself some time to reflect and kind of stay a bit more in the moment, during that time I started thinking more about who I wanted to be and not so much about what I wanted to be. Whereas prior to that, that had always been my focus, spurred on by careers advisors, societal expectations and all these other things.

What’s the best part of your day at the moment?

Every minute! Na, that’s too cheesy!

The best part of the day is when I’m making. I particularly enjoy coming up with new designs.

What are the challenges you face currently?

Making a living has been a challenge and still is a bit. And it’s a challenge not knowing whether or not next month I will sell as much as I did this month and whether or not I’ll be able to pay my bills. Luckily I have been ok so far. So that’s a challenge. And of course that’s a challenge for anyone who starts out on their own. You don’t have that safety net of a monthly salary. But I did have a bit of a safety net in that I’d saved up before I quit and I still have some of that money that, luckily, I haven’t had to spend but it’s there and it gives me a sense of security I guess.

It’s interesting after three years you’re still thinking, tomorrow might be the day where it all ends. At what point do you think you can trust in that?

I don’t think I will ever really let go of that. But what I think is really important is that it doesn’t really matter so much to me. What I’ve gained from the last three years and everything I’ve done and all the things that have happened, I’ve gained this sense of it will be all right. And that’s an amazing feeling. I’ve come trust that it will be ok and that I will be ok too no matter what happens. And the worst thing that can happen is that everything fails and then I’ll have to go back to an office job. That’s not going to be the end of the world! And then I can try something else later. 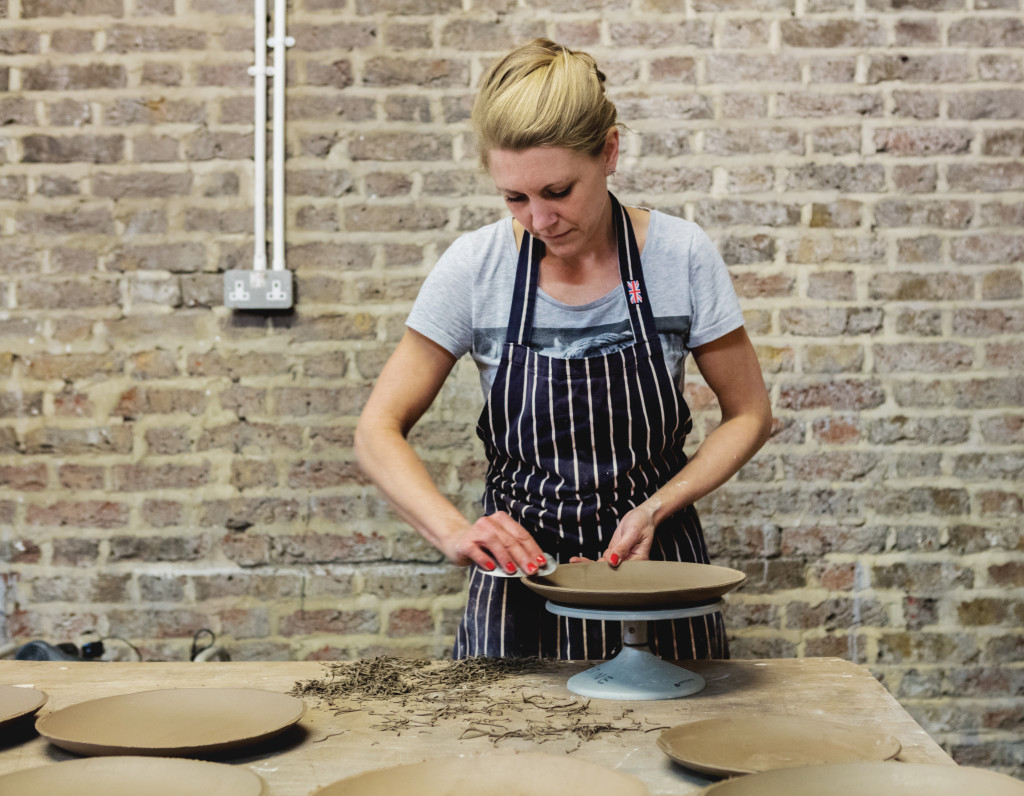 So when times get tough where do you turn?

Because I’m at an open access studio, I’ve had a lot of support from people around me. Either people in a similar situation or members who come in and use the studio who have other life skills. And I think also all of my friends have been really supportive. I remember in the beginning when I first started quietly putting my work out there, I was quite overwhelmed by the support from friends and how much they just believed in me. They believed in me more than I did. And they had no doubt that I would be successful.

What’s the greatest achievement you’ve had thus far in life?

I think for me, the best thing I ever did and probably also what I’m most proud of is that I allowed myself to slow down, stop what I was doing that wasn’t fulfilling me and to take time to really feel what was going on inside of me and to feel what I wanted, where I wanted to go in life instead of focusing on being successful, finding happiness, buying fancy things and all this stuff. We’re in a society that is obsessed with it. And I think in doing that I have actually looked after myself and my interests.

When I think back to how I was living as a lawyer – late nights, ready meals, drinks most evenings because you’re out networking – it’s not great at all. And you’re constantly stressed.

Was there a tipping point to leaving the legal profession or was there a slow build up?

I think that I had been feeling unfulfilled for a long time.

I felt like I was going into work every day to perform a role that was written for somebody else. 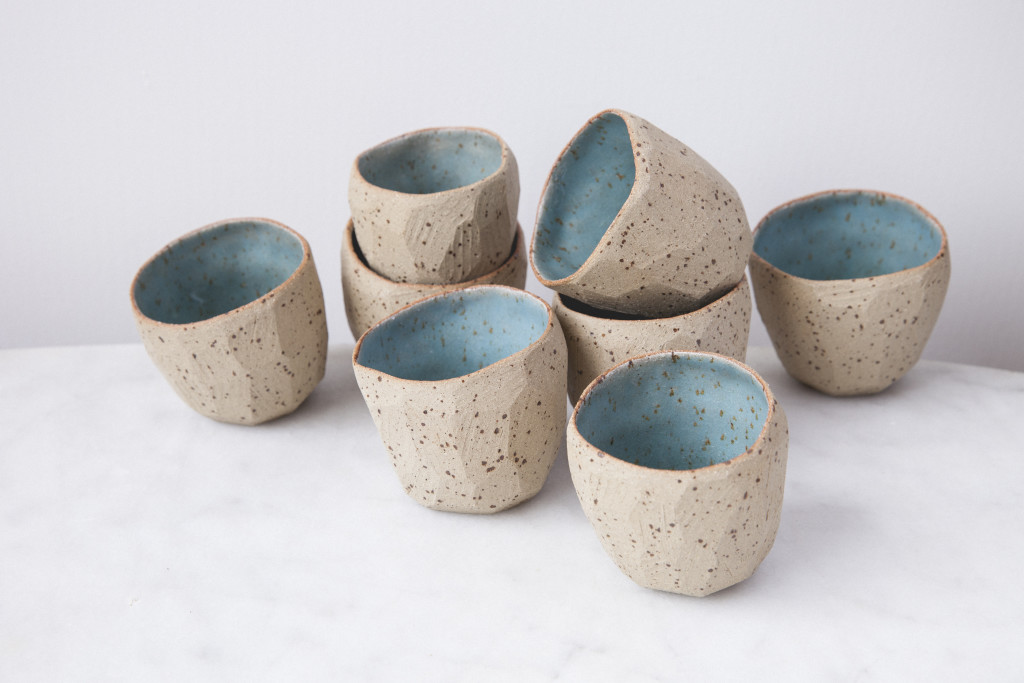 I could do it but it wasn’t my place in the world. So that feeling was there with me for a long time. Then I had a skiing accident and I was left on crutches for quite a long time and I was also signed off work for operations etc. And I think that forced me to slow down and that time I was given to suddenly reflect on things, I thought actually hang on you get one shot at life and I’m not going to waste mine doing something that doesn’t give any sense or meaning to me.

I didn’t realise what it was in my life that felt empty. And then I slowly started to make a decision. I didn’t know what I wanted to do but I knew that I didn’t want to do what I was doing. And I think that’s an important distinction. It’s not like I quit thinking “now I’m going to be on a path to an internally happy life out in the sunshine!” It was just more about quitting, focusing on the things that I knew made me happy and at the time that was my dog, my partner and pottery.

What’s next for Stine?

I have absolutely no idea! And for the first time in my life it doesn’t worry me. It doesn’t matter. Whatever it is I know it will be me with myself going into it. And that’s an important distinction too. I’m there doing it.

And what about the Skandihus brand, where does that go?

I don’t know. Obviously it’s my baby, there is no denying that! It may be that at some point I start making work in my own name and in which case Skandihus might run alongside that or it might get sold off to somebody else who wants to take it over and continue it. I don’t know.

I think the difference for me is that Skandihus is very much functional ceramic wear whereas if I was going to produce pieces under my own name, they would probably be closer to ceramic art rather than functional ceramics.

One of the best things I know is when I receive an email from somebody who has bought something either from my webshop or from a studio sale who writes to me to express their gratitude and how much love they love having it in their home. I just can’t think of anything better than making something with my hands, my heart and my head that somebody else gets pleasure from. What greater pleasure could be there in life? 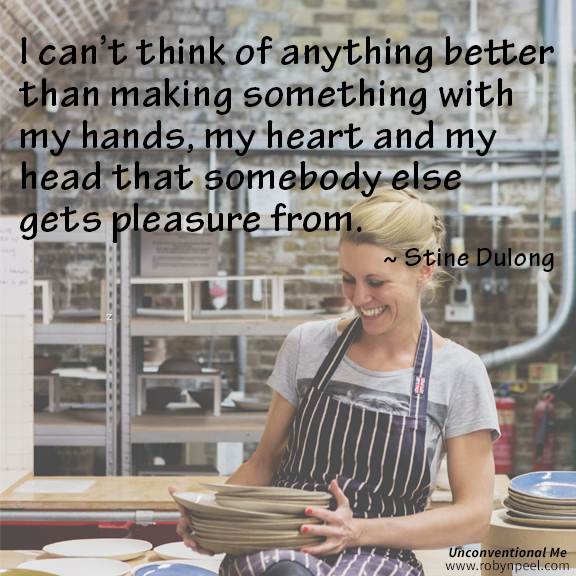 What advice would you give to your younger self?

I would probably tell her to not listen to the careers advisors that told her that because she was academically strong, she shouldn’t go to art school. Because that is what I was told.

And now you can stand up and say “I’m an artist.”

Absolutely. And I also think that alongside that has come this sense of me actually taking ownership of Skandihus. I don’t think that it is anymore a step removed from me. It is me, now.

Take a look at Stine’s beautiful pieces on her Skandihus website and her Instragram feed and try your hand at pottery at Turning Earth in London.