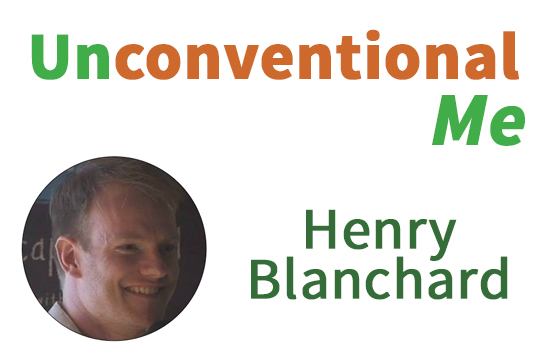 Who knows where the slip of a tongue from a friend will lead you? 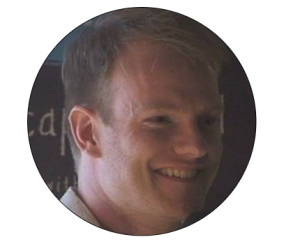 For Henry Blanchard it was to making the Ugandan International Marathon a reality. In the summer of 2015 I sat down with Henry to find out more about the inspiring story of how just two and half years into the Deloitte graduate programme he quit his job and made history by setting up the first International Marathon in Uganda.

To listen to the full interview, click on the audio link below. Please excuse the cries of the seagulls and the excited nattering of people.; we were sitting at Escape the City HQ.

Tell me more about the Uganda Marathon. Where did that dream come from?

It sort of happened by accident.
So a bit of back story. When I was at university I was really involved with the university charity, Karni at Nottingham University. I set up the Kilimanjaro expedition there and over 2 years we took 300 people to Kilimanjaro and we raised about £800,000 in the end and that was the first time I ever went to Africa.

I went to Tanzania, fell in love with Tanzania and kept going back for 3-4 years and set up a couple of volunteering programmes there. Then when I graduated from university all that kind of stopped. You know, I was a grown up now and I had to do an accountancy job for an accountancy firm and there was no time for any kind of fun or any sort of side project. And that went on for about a year and a half and I thought, now I need some sort of side project otherwise I’m going to fall into a black pit of despair.

Myself and a friend who had worked on a couple of things previously in Tanzania, we thought, ok, well we know a lot about Tanzania, so let’s now spend some time in Uganda and see what we can do there. We worked with an NGO over there and helped them set up a volunteering programme and found a whole lot of really good social projects that we could help.

We were doing a fundraising evening for one of them and in the speech that my friend did to wrap up the night he said, once we’ve funded this dormitory we wanted to fund in one of the local schools, we’d go out there and maybe we’d do like a little celebration with a few of our friends that had helped fund it. We’d done some running in the hills there previously with the school staff and he was like “yeah we’ll do maybe like a 5-10km run to celebrate”. But instead of saying 5km he accidently said half marathon. However, we didn’t realise until the end of the night at which point a couple of my friends came up to us and said “Are you guys organising a marathon cause I’d love to do it” and we looked at each other and said “how hard is that going to be?!?”.

That was the end of July, start of August of last year (2014). And we kind of sat on that idea for about a month, procrastinated a bit about it and thought this would be cool. Do we necessarily want to do it? Do we know how to do it? Is it going to be that hard? I don’t know. Procrastinate, procrastinate. Sounds a bit daunting, maybe we won’t do it. And then through a friend we got invited to the Ugandan embassy in Trafalgar Square to launch it and it was at that moment I thought – “oh shit!”

So we launched it at the embassy on November the 11th 2014. And there was the Ambassador there and it turned out the Ambassador was from the town of Masaka which was where we were doing all these social projects and we were thinking of holding the marathon and we were like “this is probably a sign”. 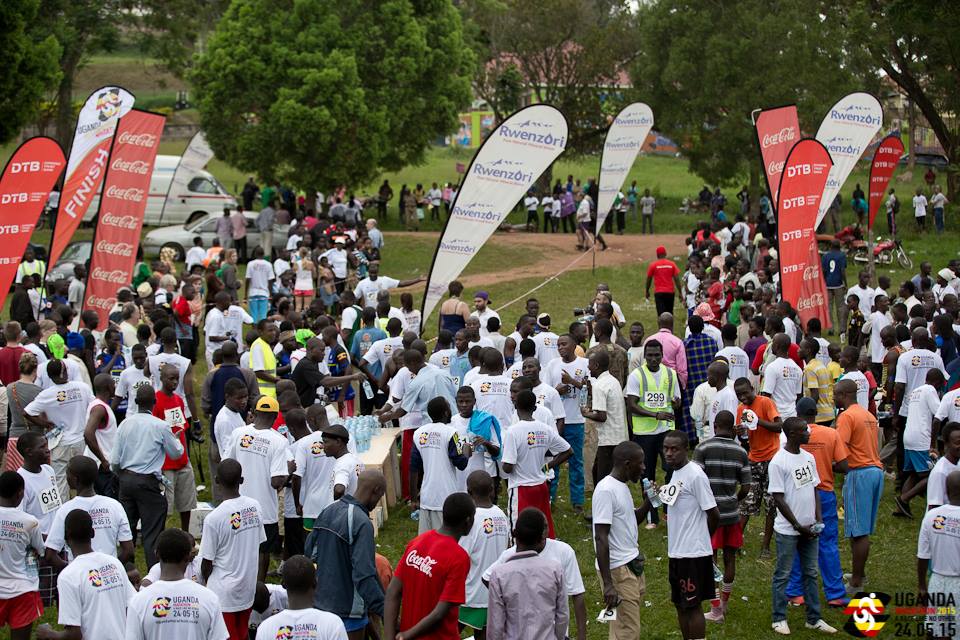 So I quit my job and was out before Christmas. I moved to Uganda in start of April 2015 and in-between we hired a team – three unbelievable, amazing people. We didn’t really know who we were looking for. We advertised through Escape the City and the job description was an absolute farce! It was “We’re going to set up a marathon on the Equator, do you want to help?” And in the qualities and pre-requisites it was like “Do you have a history of getting stuff done? And are you not a moron?”

We went on run-terviews with everyone – we went for a jog with them and interviewed them while we were jogging and our final question was “Are you a dickhead?!”

What does the Uganda Marathon mean to you?

I don’t want it to sound too grand but we are trying to redefine aid and charity and giving with what we are doing. Obviously large charities have their place and have to spend money on admin and things like that. But we wanted to say to people – this classroom needs a roof. These youngsters trying to start a business need a micro loan. We could literally point to things for people. These 3 rafters in this school roof are thanks to you and that’s incredible.

I’ve never worked as hard on something. I’ve never been so deeply involved in something. I felt like I knew every fibre and sinew of what was going into that race. I knew exactly what everyone’s role was.

Everything about it I was so passionate about. Like the finance spread sheet – I love these numbers because I know what these numbers represent!

What’s the best part of your working week at the moment?

I really like talking to charities – those small charities that are based here in the UK that do work in Uganda and local charities too. That’s for me the best part. Seeing that we can raise a whole load of money that can go to a really sustainable place and it doesn’t go into anyone’s pocket and it is going exactly where it is needed.

Having been out there I know how far £1,000 goes in Uganda. We had two girls that raised £13,000 last year for a really small charity which made such a difference. £13,000 will build two schools in Uganda.

And does that total freedom cause any challenges?

Yeah, you have to work really hard to get into a routine. The challenge I find actually is that when I worked at Deloitte I had my work laptop and my home laptop. And now I work off my Macbook, whether it be work or leisure. And it is really hard to get into that routine if you go, oh I’ll just open another tab and check the cricket scores and then all of a sudden – I’m down the Wikipedia rabbit hole! It’s a disaster. However, it is easier when you enjoy what you’re doing! It really is. 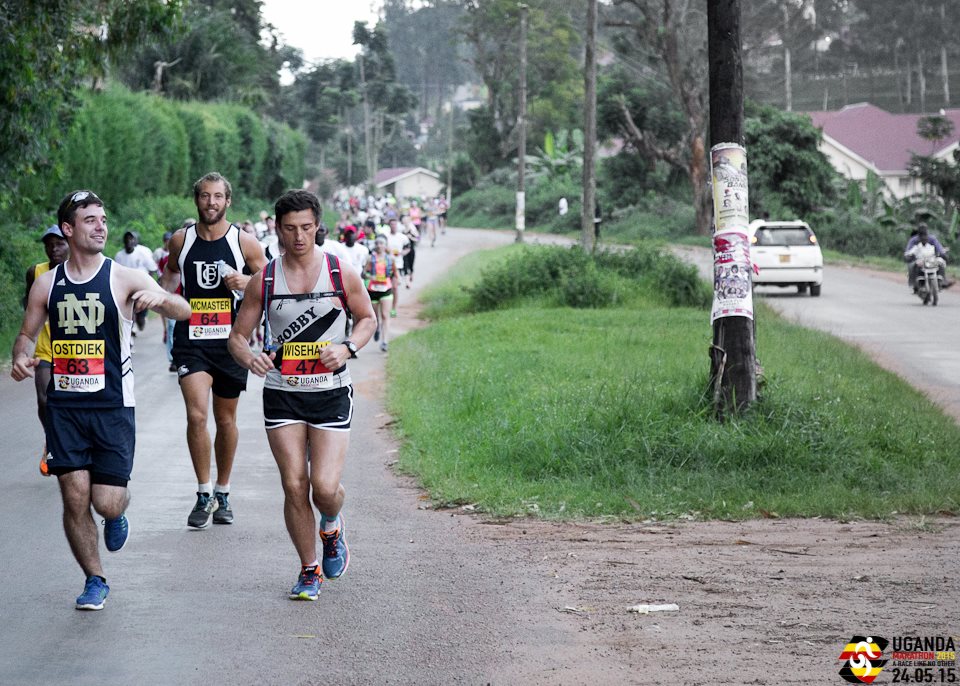 Through your university and career to date, what’s the biggest lesson you have learned?

I have screwed up more things than I could even probably remember! I think the key is to learn from every mistake and never make the same mistake twice. And I have made similar mistakes but not exactly the same!

The biggest lesson from the marathon is we couldn’t have done it without our team. They were incredible and they worked so hard and put so much of themselves into it. It was an untried and untested idea and they took a plunge on it just on the back of going for a run with me and asking them if they were a dickhead!

My next question was going to be who is your support network, but it sounds as though you have this great team around you when times are tough. 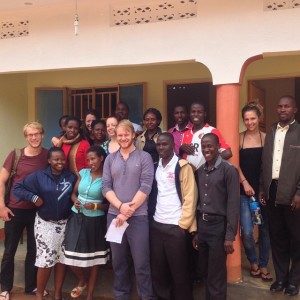 Oh yeah. When people talk to me about quitting their job and starting a start-up, my key bit of advice is to always try and do it with someone else.

Myself and my co-founder have now started to diverge and do different things now, and that is brilliant. And we are both going with each other’s full support. But it was so vital that we were there for each other throughout the journey. And then you get the team around you. And people don’t understand unless they are doing it.

It’s difficult unless you have people around you who understand.

My friends who still have a job used to joke that I would be missing out because they’d be going to the cinema or something and I’m attending an African development conference. They would be saying you do the most ridiculous things or you’re working too hard. And it’s really difficult to get people to understand. I never felt like I was missing out because I always knew exactly what I was aiming for. 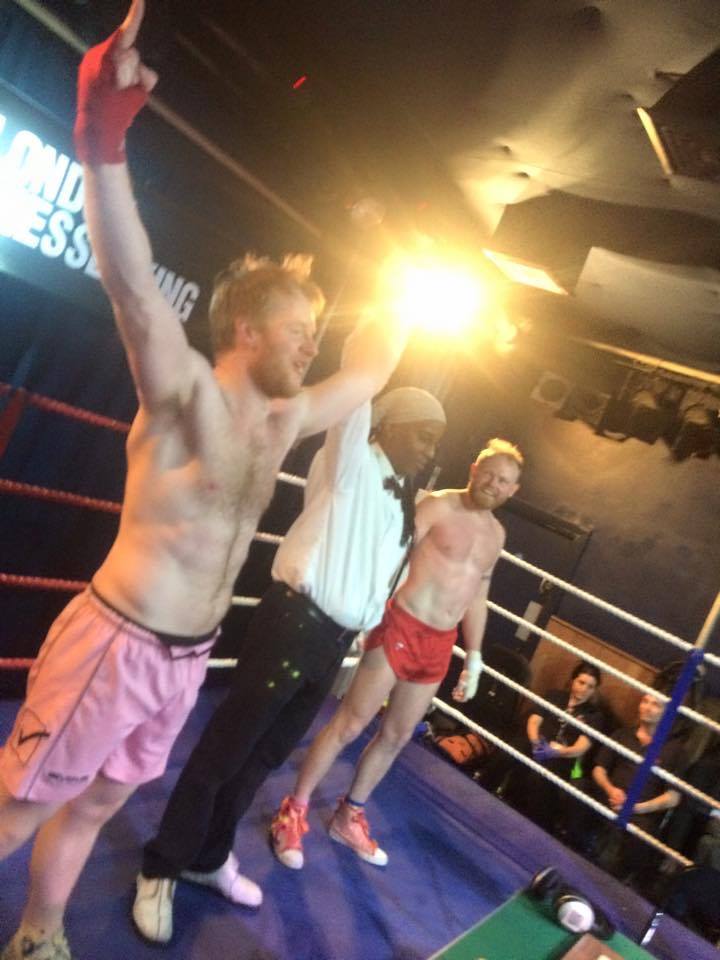 We’re taking the Uganda Marathon next year (2016) and aiming to make it the biggest fundraising event in Ugandan history. We are aiming to raise a billion Ugandan shillings, so that is about £200,000 – £250,000 depending on the exchange rate. I am doing a lot of operations now and working with charities to get more fundraised and more charity runners signed up. But that’s kind of a 3-day a week.

Playing a lot of chess and training for this boxing match I’ve got on the 28th of November 2015. Which is at York Hall, the home of boxing in London. And I’m absolutely terrified! There is going to be a lot of people there seeing me get hit in the face repeatedly!**

I also want to do a lot more writing. I have a couple of ideas that I now have the time to work on. I talk to people a lot about start-ups and risk taking, about finance and web-design and start-up investment and I want to write that down. And for about 8 years I’ve had about 20,000 words written of a fundraising guide. And I keep saying that “this is the year”. And now this is the year!

** He may have been hit in the face repeatedly, but Henry won the match!

If you were going to meet 18-year old Henry, what is your one bit of career advice you would give to him?

I would tell myself that you have so much time, so much potential, and you can literally do anything. It’s so easy and so boring and so reducing to follow a path that you think you have to follow. At 18 you cannot f*ck up, unless you do something that puts you in prison.

Do whatever you like. There will be almost no repercussions, whatsoever. Travel, cover yourself in tattoos, join a band, start a business, become a guru. Do whatever you want to do. Because five years down the line it won’t matter. You will have learned from it and you’ll either still be doing it or you’ll be doing something totally different but you’ll know so much more about yourself, about who you are, about what you want to be and what you want to do.

At the end of the day, other people’s opinions of you don’t matter. You’re an 18-year old and everyone expects it to go wrong and for you to make mistakes, so just live up to it! Just do it. You’ve got the get out of jail free card – you’re young. Make it as fun as you can. 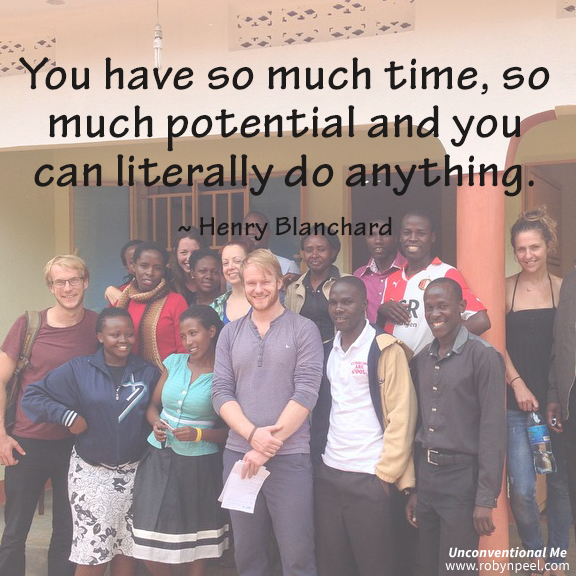 For more information about the International Uganda Marathon taking place on the 5th of June 2016: www.ugandamarathon.com

Or if Chessboxing has piqued your interest, more information can be found here: www.londonchessboxing.com