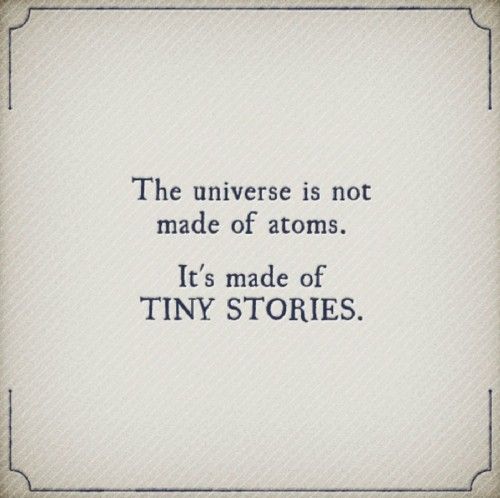 About a year ago when my parents were staying with me, we would often utter the phrase Well that’s your story and then burst out laughing.

It all started with a normal run-of-the-mill Skype call when I was rabbiting on about my life, and was recounting about having not heard from a particular friend for a while. “They’re probably very busy with work at the moment” was Mum’s response to which I replied (without really thinking) “Well that’s your story!” Cause how could my darling mother know the myriad of reasons my friend hadn’t got in touch. The answer she gave was just one logical explanation she came up with on the spot! A story to (potentially) appease me…

So when my parents came to stay with me in London soon after it became like a regular catch phrase.

The pub is going to be full because it’s a bank holiday weekend.
That’s your story

Those kids are having such fun running down the hill as they probably don’t get out much.
That’s your story

We had to start laughing after we said it as we said it SO MUCH! It started to become abundantly clear that almost all we say is a story. A made up version of peoples motivations and thoughts. A fable about what might happen later in the day, the week or our life. We take a look at a random person on the tube and make up a narrative about the kind of day they are having. We dismiss a colleagues outburst as them having a bad week without actually checking the truth in our story.

I had pretty much forgotten about this little game I played with my parents until I went to see the brilliant Brene Brown earlier this week. If you haven’t heard of this woman, go and check her out NOW! She is a brilliant story teller but also an amazing researcher into shame, vulnerability and courage.

The key phrase from her talk on Tuesday was:
The story I’m telling myself at the moment is…..

It’s about catching ourselves with the thoughts and ideas that we are making as truth.

Stories are such a natural part of our lives and how as humans we make sense of the world.

But we need to remember they are still stories and not reality. We make up reasons why things have happened or haven’t. We explain away people’s behaviours based on some story we have made up about them. We allow ourselves to head into downward spirals of doom and gloom based on nothing more than a perception of a situation.

I wouldn’t want to live in a world without stories, so I’m not suggesting we do away with them. I would just love for people to be aware of the stories we tell. I want us all to be conscious of the way we make something true when it clearly is not. Perhaps we can start to say to ourselves, That’s just a story and giggle quietly on the inside.

What stories are you telling yourself today?