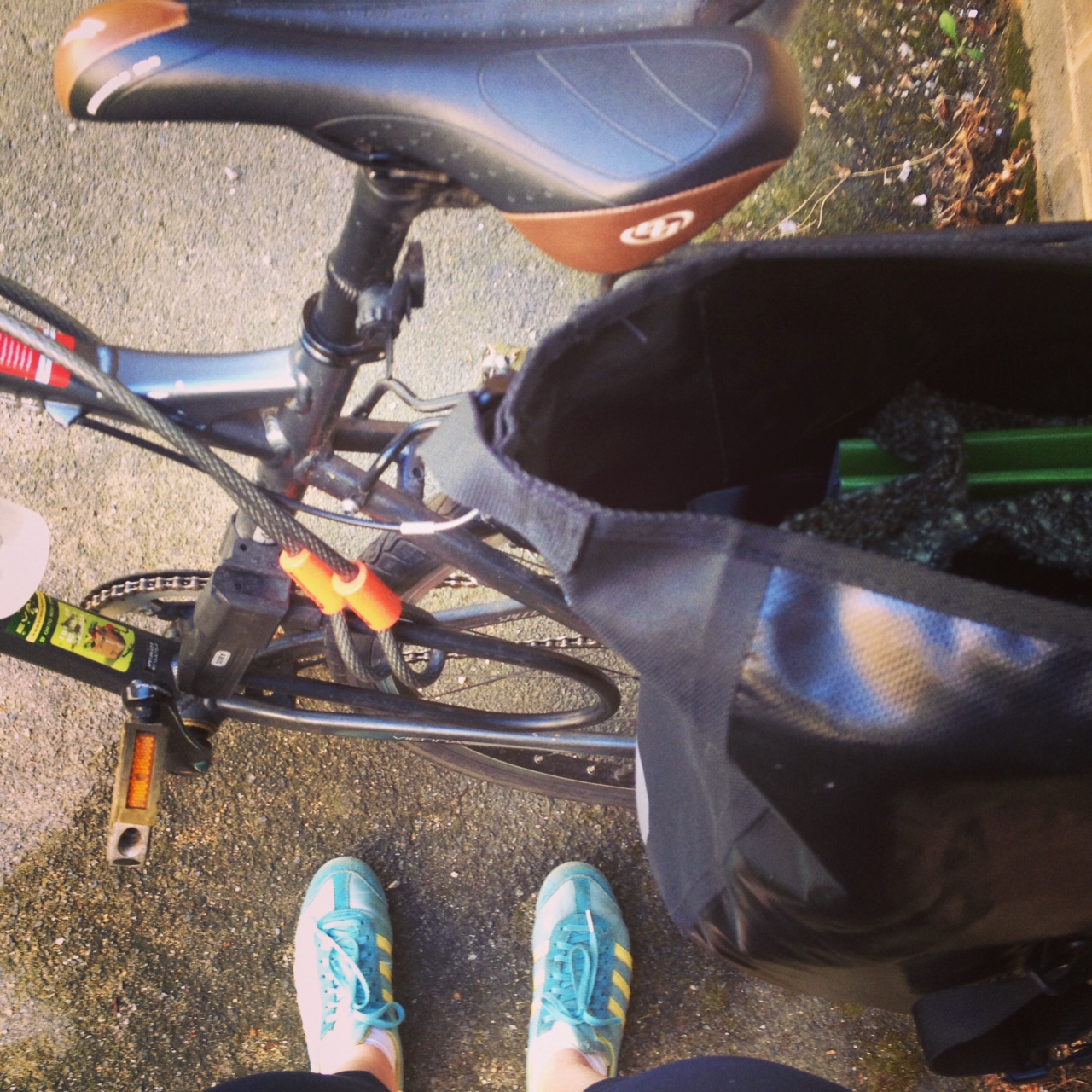 I have been saying for a long time that I want to make my bike my main mode of transport. I like the idea of saving money, keeping fit, being outside and just generally being in control of my own time and my own route. However as my Nana used to say “You can WANT in one hand and SPIT in the other and see which one gets full first.”

So you see I have been getting a lot of spit and not a lot of cycling.

There is no point thinking, oh I should have cycled today as I touch my oyster card to the reader at the tube station.

So for the past week I have been taking action.

The first commute to work was in a thunder storm and I didn’t take a spare skirt with me, so that was a lesson I have learned! I have tried out new routes and got lost a few times. My legs have told me they have been worked and my bottom tells a similar story! But I feel richer for it in a spiritual, energy and monetary sense. I love being outside and it is such a perfect way to explore this city that I love.

So here’s to lots more action and a lot less spit.

What have you been wanting to do for a while? How about stopping the spitting and wanting and take some action. It doesn’t matter how small the action is, it is better than wanting and spitting and getting nowhere!