Focusing on the heart of community 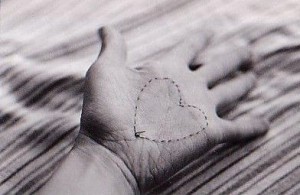 Following on from my last post, I wonder whether it is time to move from the head-focused idea of collaboration to the heart-guided premise of communities.

At the Genius Women Event the discussion around community was lively and animated. The energy rose, the feeling of positivity was palpable and you got the sense that everyone wanted to be a part of a community; or if they were a part of one, they talked with passion about it.

It was clear from everyone at the event that collaboration is seen as transactional, as being very head and brain focused with a “I’ll give and then you’ll give” quid pro quo mentality. However, community evoked the feeling of heart, of giving with no expectation of receiving and of not being attached to the outcome. It would seem that community evokes beauty. It is about being a PART of something and having a role, a desire to be there and a sense of connection to the other people around you.

Seth Godin talks about the idea of Tribes and the power of this – a group coming together because they believe in you and what you have to offer. Imagine if organisations were run this way – people came to work with you because they truly believed in what you did. You wouldn’t have to search for these people because they would find you instead. It would seem that the likes of Google have used this idea to great use already.

So as a small business owner what would it be like to think of your business as a community, which is part of an even bigger community? What if you could invoke the heart of your business and get others to want to be a part of it too? It would seem that if we start with the idea of community, then collaboration will naturally follow because people BELIEVE in why they are there.

Engage the heart first, and then allow the head to follow.